Mt. Hood Meadows and the Pacific Northwest are the absolute winter playground. This is the perfect place to build your skills. If you can ski or snowboard here, you can probably excel at it anywhere. The always-changing conditions (notice key term here – “always”) will keep you on your toes all season long.

With that in mind, as an instructor with a group of guests or just a recreational user on Mt. Hood, it’s worth keeping the many aspects of snow and wilderness safety in mind. 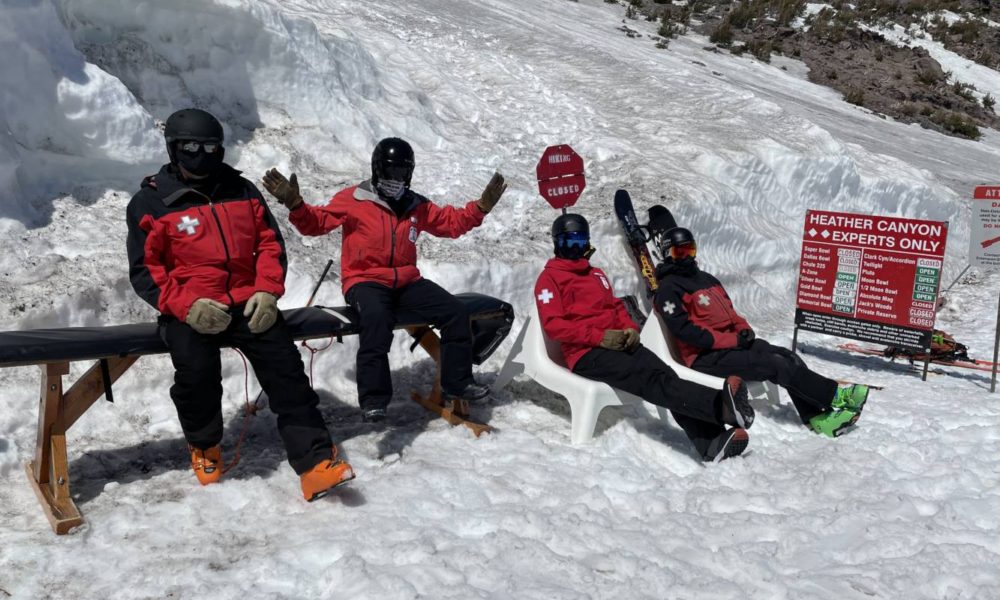 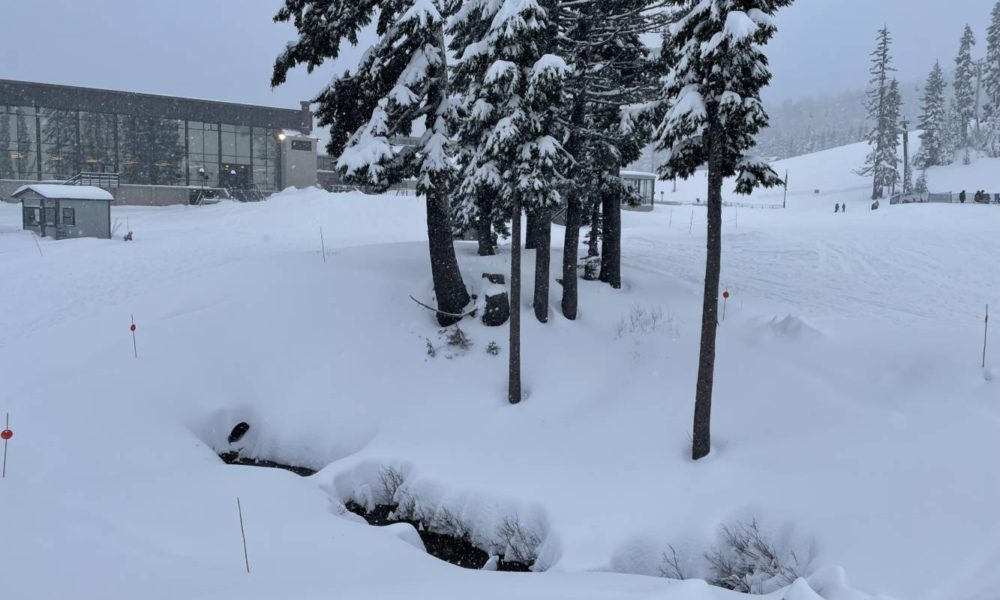 Deep snow is the Northwest’s Name in the Game. It’s also the thing that gets more people in trouble than anything else.

So much so, we have an elearning course (click here). Lots of deep, heavy snow, often all at once, and with various fir species with wide needle patterns, we have perfect opportunities for tree wells, even on green and blue terrain.

Look for the hazards, know how to avoid, and what to do when traveling near or in (with a buddy!). We may even call off lessons in trees, not just in advanced terrain during and after big dumps.

Like most other resorts in the west, much of our terrain is managed for avalanche safety.  Evidence of avalanche control can be found all over the mountain:

Avalanche gear (beacon, probe, shovel, etc.) is not required in Heather and Private Reserve, it is STRONGLY RECOMMENDED to carry on heavy snow days.

These areas are occasionally known for slides even when checked by Patrol earlier in the day. 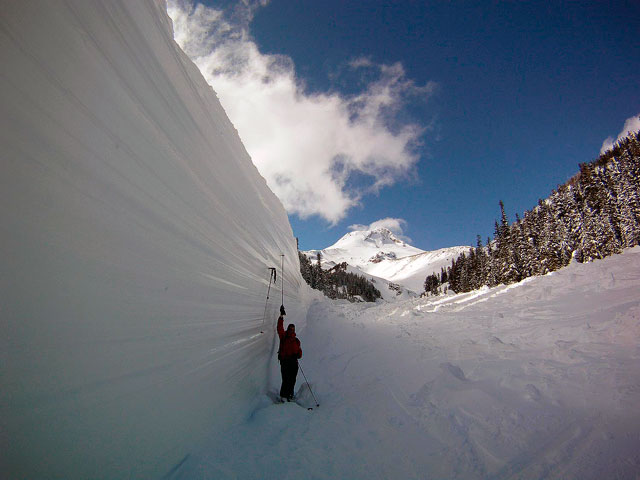 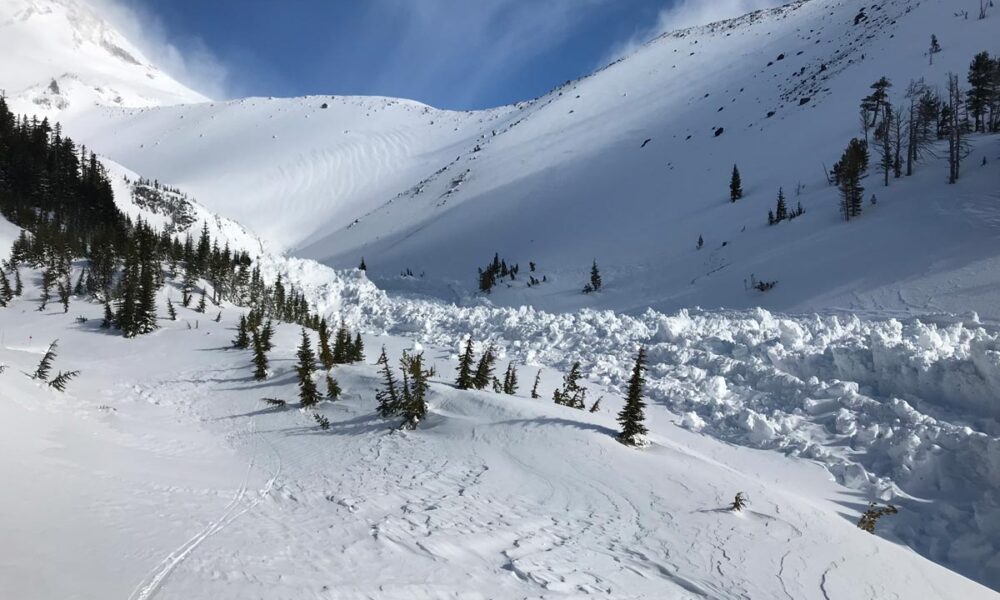 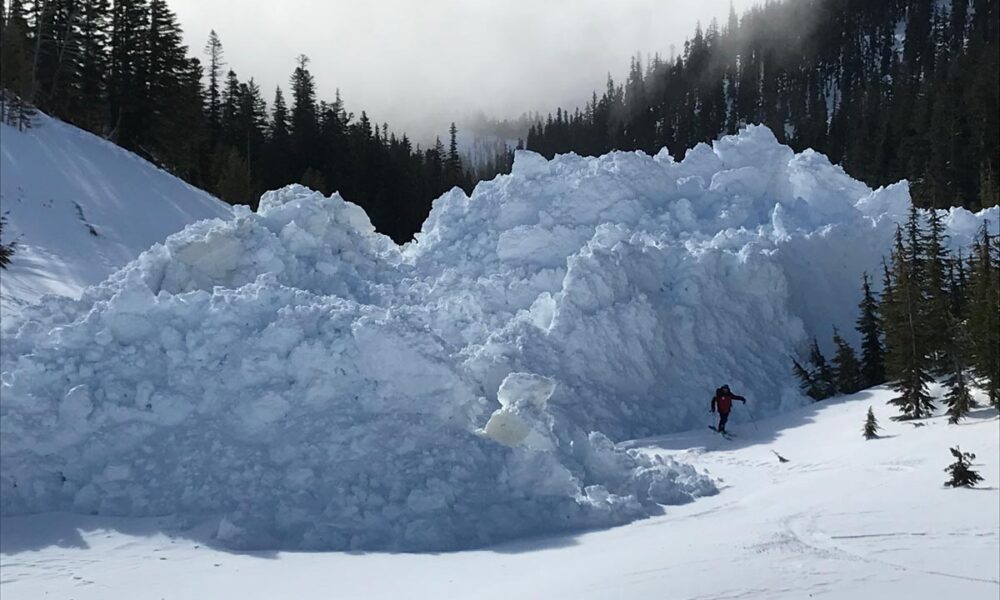 Often not because of the steepness (Silver and Gold Bowl are probably true double black pitches), the variability of terrain throughout Heather Canyon determines its double black diamond rating. The entire canyon must be accessed through open gates only.

Upper Heather – accessed from Cascade chair and is mostly above treeline, whereas mid and lower Heather are accessed by Shooting Star. Depending on snow conditions, only part of Heather could be open. Do not traverse or hike to parts that are closed once past an open gate. These areas are closed for a reason!

Clark Canyon – southeast of Heather Canyon is and only accessible by Cascade Chair and traversing A Zone. It can be impassible with low snow since the ridge before it is a southern exposure often meaning dry dirt.

Both canyons have considerable rivers coursing through the bottom with uncovered waterfalls in each, these canyons should be proceeded with extreme caution, especially near the run-outs. People do fall in.

Private Reserve (PR) – Technically the lower half of Heather Canyon before reaching Hood River Meadows parking are and accessible by that chair. Much steeper and entirely treed, the runout is the same large creek in Heather. It is crossable only by multiple snow bridges created by Patrol. Cliffs can also be found throughout PR including Search & Rescue (isn’t that a formidable name??), Elks Cliffs, God’s Wall, and others. Know where these bridges and cliffs are before sending it!

Not familiar with Heather, PR, Clark, or S&R? DON’T GO IN WITHOUT AN EXPERIENCED BUDDY! People die in this area annually. No joke.

Almost half of our skiable terrain is weather dependent, and much of it above treeline or in avalanche prone terrain. The further up in latitude (north) we go, the less we see trees at lower and lower elevations. This is due to lack of sunlight during the winter and shorter growing periods for trees to establish and thrive.

Vista and Cascade are closed for much of each storm cycle. Lift maintenance spends TONS of time digging out, literally breaking off ice, and then reattaching chairs. When someone says, “Why isn’t _______ open?”, you can refer to the lengthy hours in this video:

Sometimes we even catch ourselves in the midst of a storm, with or without students (which can be epic pow refill days or blustery blown out days). Some particularly Northwesty things happen here.

With poor visibility, our vestibular sense of space gets thrown off. We lose balance, we can’t tell if we’re moving, or what way is which. This is vertigo.

Pro tip: Keep your eye on fixed obstacles to get down safely. Without trees, it can be treacherous to get down. Groomed runs below Vista and Cascade are lined with poles topped with green discs to guide you back down to the trees. Find and know these before you get stuck in a white-out.

Mt. Hood gets incredible wind activity bringing massive amounts of snow (or rain) with it. Bringing up kids or timid beginners to Vista on a high-wind day is generally never a good idea and terrain selection should be based as much upon weather as steepness or traffic levels.

Volcanic ridgelines are especially exposed at and above treeline. Wind scours the snow right off, leaving an exposed lava field of broken basalt often with deceiving ice patches. Beware of these windward areas, especially above treeline, as snow deposits are even more patchy without the protection of vegetation.

Pro Tip: Try to avoid entirely or pick the leeward side (not facing the wind) to pick up fresh snow deposits and avoid the wind. Look for a shiny sheen – that’s ice – for keeping a flat base and stacking your body as much over the base of support as possible.

On the leeward side of these windy ridges, tons of snow is deposited. You’ll find some of the deepest, sweetest pockets of snow on these aspects, but also beware of overhanging cornices. One of the largest is off of Cascade Chair, east of the run “Gulch”. There are several others around the resort and many are fenced off, but not all. These can form quickly in storm cycles and can collapse or slide, even in bounds.

Pro Tip: Stay off the top of these overhangs unless you know it’s stable and you’re planning for the drop. Good idea not to bring classes here unless they’re advanced.

Dozens of creeks run through our many… meadows. Early season conditions can mean running water under not-yet-packed snow (collapsing in) or in not-obvious holes.

When following drainages, scout from above or from chairlifts before descending as not all of them have been marked or filled in by Patrol.

Along these creeks, dense willow and ceanothus stands can create voids where snow doesn’t completely pack in early season and can trap skiers or snowboarders as their weight collapses the branches. Especially found in Private Reserve along Yoda Bowl or along the appropriately named run, “Willow”.

Depending on the season, you may see snow fields (or ice sheets) literally crack under its own weight. The heat of the ground underneath or extensive rain periods can also cause the snow underneath a snowpack to “rot” and break off. Yay, climate change!

Especially prevalent at Mt. Bachelor and Mission Ridge, and higher up Mt. Hood, we fortunately we don’t see these in-bounds at Meadows.

Geothermal steam holes coming from the earth melt the surrounding snow creating various sizes of crevices in the snow. You’ll smell the sulfur from Hood when the wind is blowing just right. 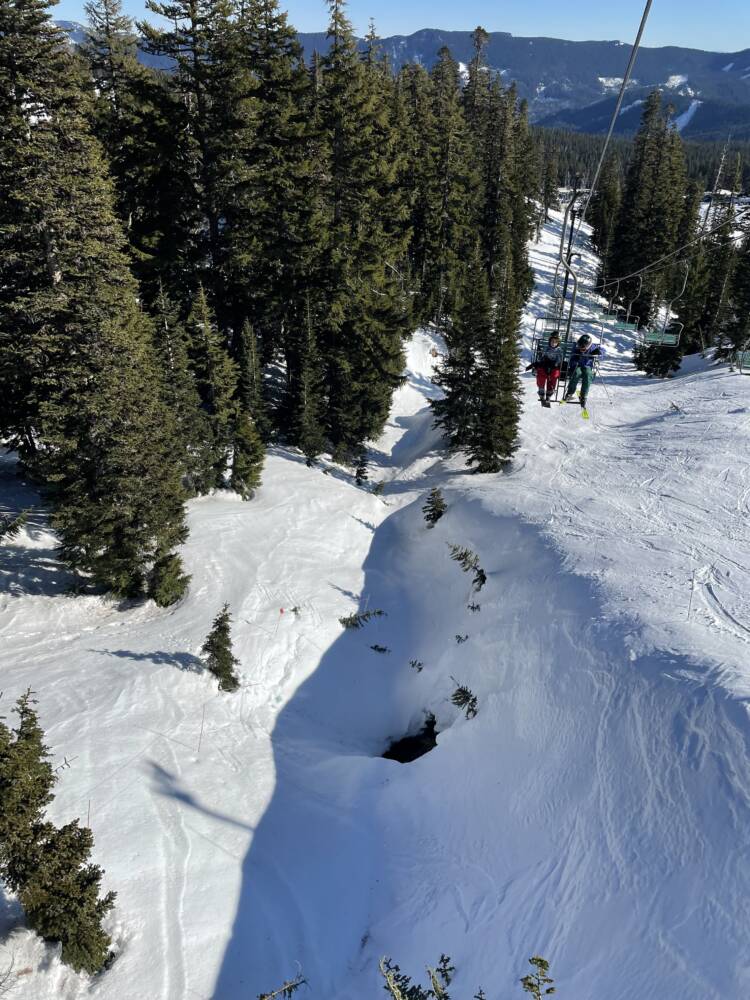 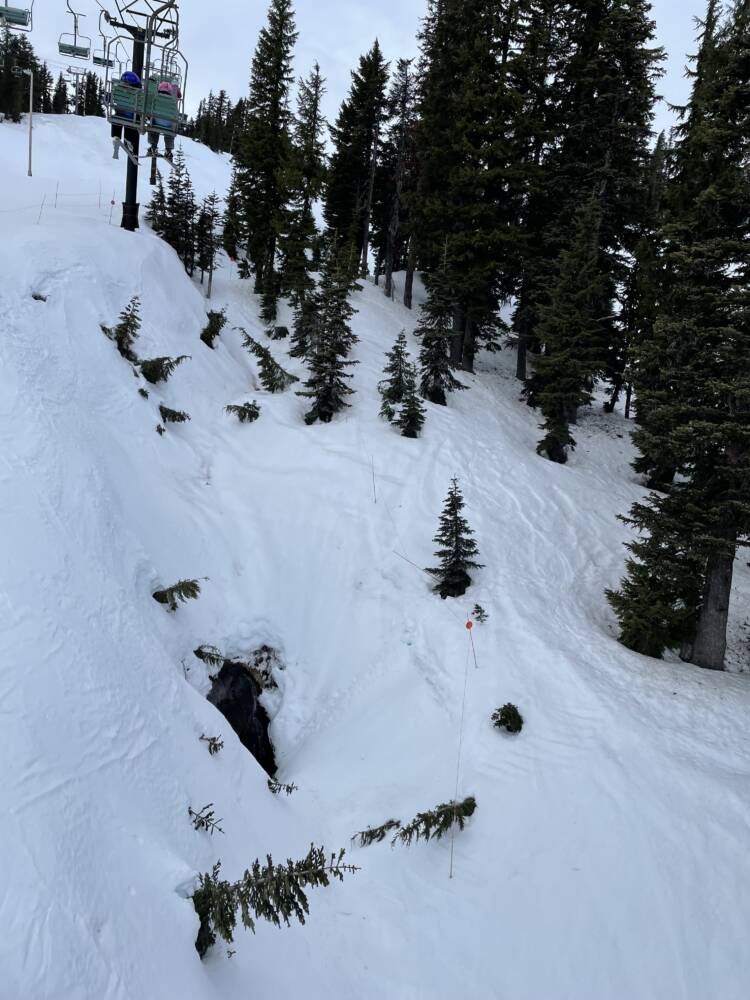 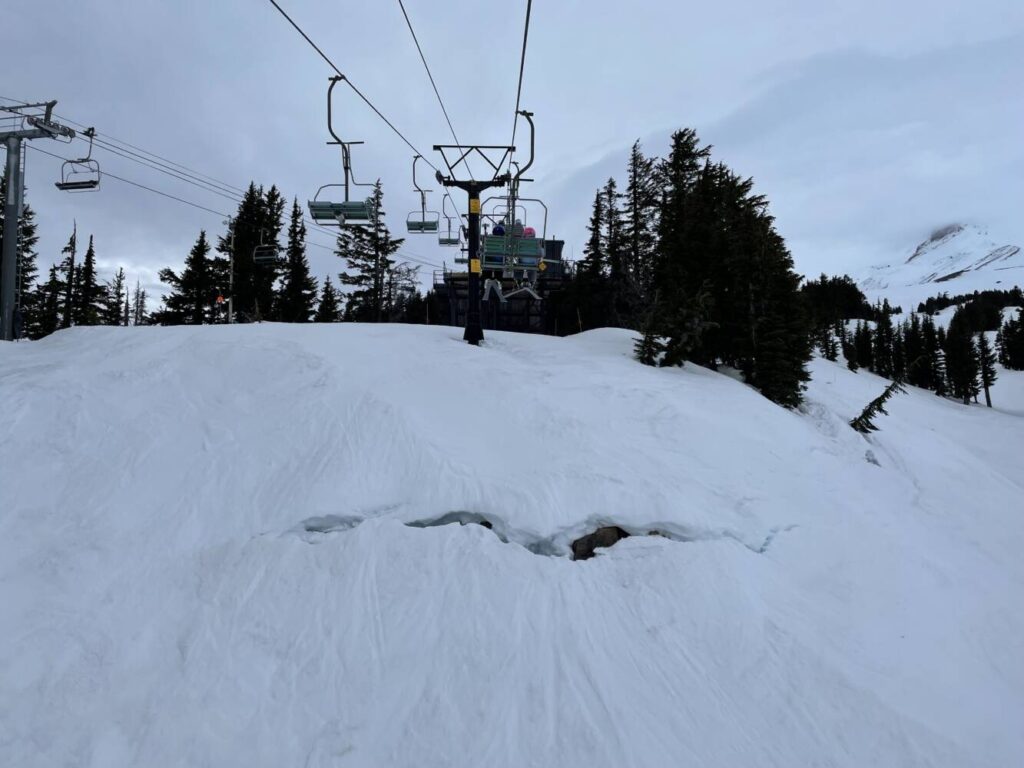 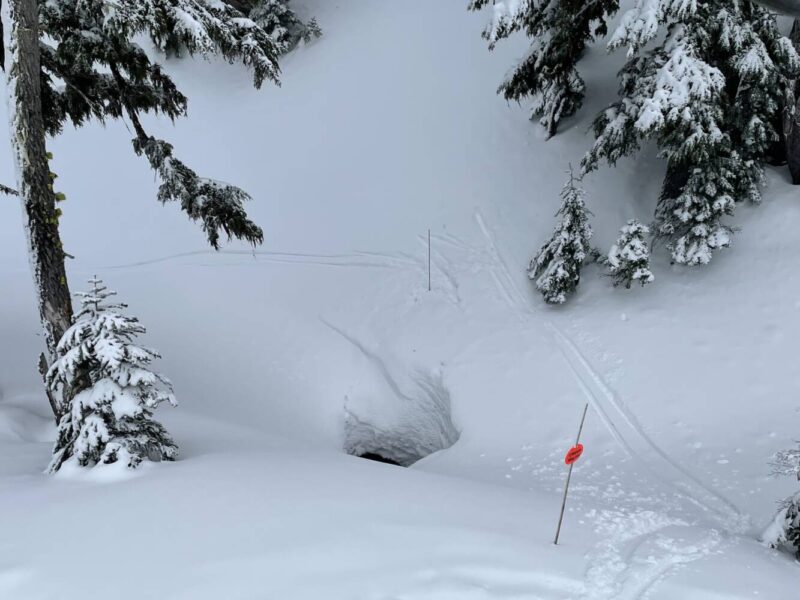 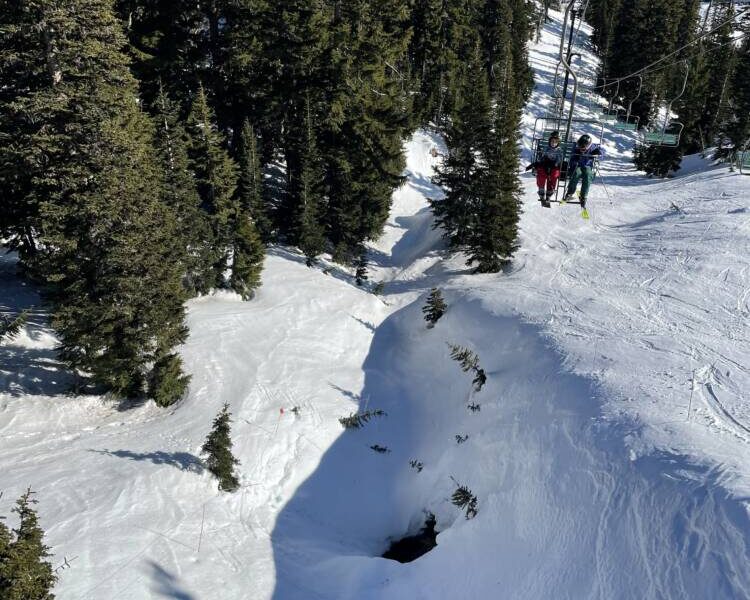 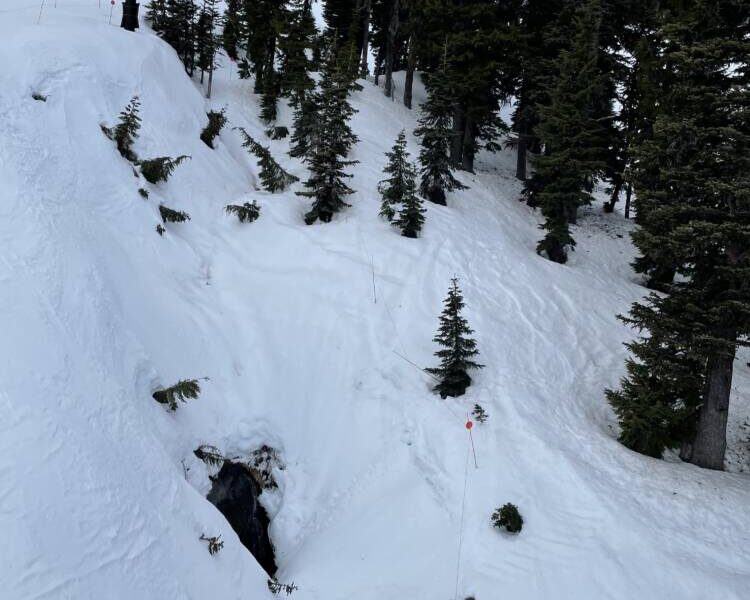 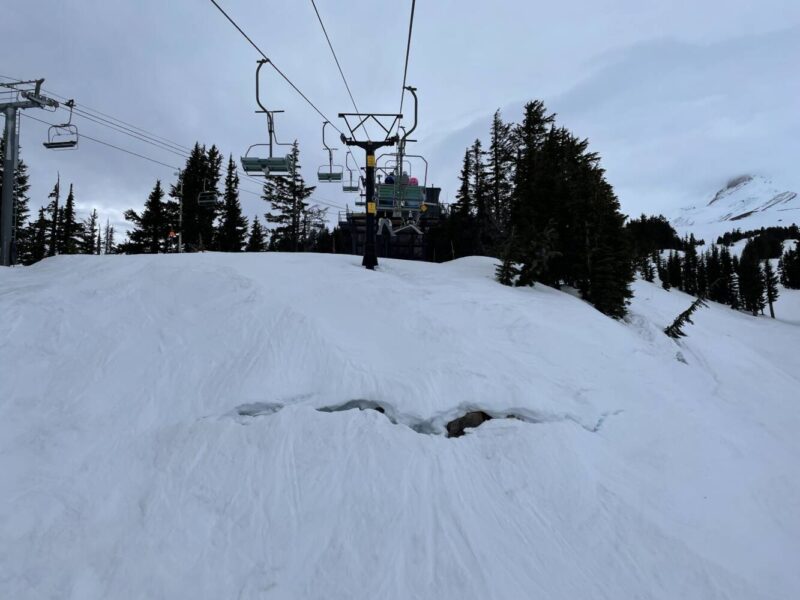 Other Winter and Mountain Concerns

Besides the Northwest variable terrain and rapidly changing conditions, we have the usual wintery weather and consequential human elements that occur on mountains around the world.

While our base at Mt. Hood Express starts at 5366ft and the top of Cascade is only 7300ft, we still see a fair share of elevation sickness, especially since most of our guests are coming from near sea level (Portland is only 50ft above).

While not exceedingly cold like in the Rocky Mountains, Meadows experiences rapid changes in weather. This can often include rain or freezing rain. Even with preparation, our students (and even ourselves) can be without the right clothes and in a precarious position.

Most aspects of the Instructor Portal do NOT require you to be logged in. Try accessing the info you seek before trying to log in.

Going to miss a shift?

Call in sick
If you are going to be missing your lesson shift because you are sick, having car trouble, etc. click the button above.
MHM INSTRUCTOR PORTAL